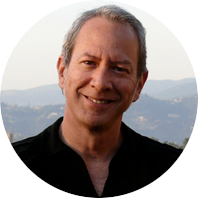 Norman Kent (founder of Skydiving Movie Productions) is an experienced:

Norman Kent has been a photographer/cinematographer for over forty-five years, most of them as a skydiving and aerial cinematographer, director of photography and stuntman. He has over 24,000 helmet camera jumps, many hours of Tyler mount experience, combined with extensive ground shooting. Norman has participated as a cameraman in numerous feature films, commercials, television programs and documentaries.

In the skydiving community, Norman has earned the respect as the world’s best skydiving cinematographer. Included in his work are world record attempts, World-class level competitions, base-jumping and other special skydiving events around the world.

As a filmmaker, Norman has produced several skydiving films for release worldwide, which reflect the talent and creativity of his production background. “From Wings Came Flight”, “Kinesthesia – The Art of Body Flying” and “Willing to Fly” are Telly award winners.

Norman was one of the first two people to freefall 10,000 feet and land on the North Pole. This project was a joint United States/Soviet expedition.